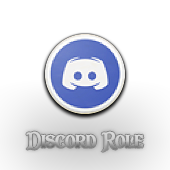 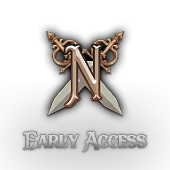 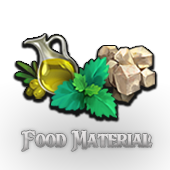 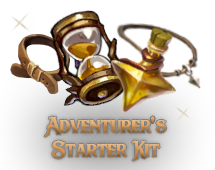 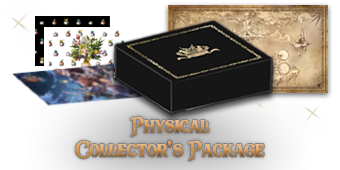 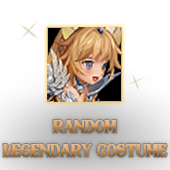 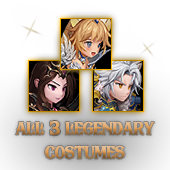 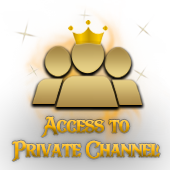 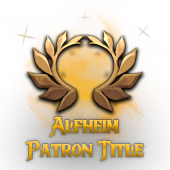 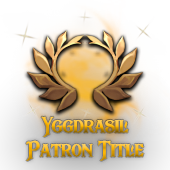 Utilizing groundbreaking technology, Nine Chronicles is a blockchain MMORPG powered by the players, set in a world that can never be shut down. Governed by the community, and supported by a complex economy where supply and demand are the greatest currency, Nine Chronicles invites you to aid the goddess Freya in her eternal struggle against an evil ravaging the land.


"The game runs entirely on a blockchain and cannot be shut down by the developer, nor can it force through updates that players do not want." See More

"Nine Chronicles goes even a step further than that. Not only is the game distributed, but it's also open-source, meaning that anyone can edit the game and create their own version." See More

Online games are too often centralized experiences that alienate their players, operated to maximize profit at all costs. When they eventually shut down, years of friendship and effort can disappear without any trace.

As gamers ourselves, our team wanted to use decentralization to imagine a world created and upheld by its passionate community. Instead of running on a hosted server, Nine Chronicles fully runs on a peer-to-peer network of players (or blockchain). It is a new kind of a virtual world that doesn't depend on the game company — an online world that can exist as long as there are players powering and mining it.

To achieve this mission, we've built Libplanet, a new distributed ledger technology library for P2P MMO worlds. Nine Chronicles is the first game based on Libplanet. Join us to play, mine, govern the world together!

We believe in the ingenuity of gamers (you!), and always dreamed of creating a massively multiplayer games with open community contribution. We're going to open source Nine Chronicles' code, art, animation, the whole works on launch, so that if anyone has an awesome idea, you don't have to ask anyone for permission to try!

We'd also love your help on building and growing the Nine Worlds — and we've started an ecosystem support program for it. The mainnet launch is only the beginning, and we can't wait to share the ideas we have in store!

The great war between the gods ripped the Nine Worlds apart, and even though the gods eventually put an end to their conflict, the scars of war had already started to cause Yggdrasil, the world tree to wither. Then one day, a stray cat in Midgard wishing to be reborn as a human, was called by the goddess and reincarnated as a half-cat, half-human being.

The World of Nine Chronicles has 9 regions in total. For example, Yggdrasil, the first region of the game, is inhibited by cute little teratoma creatures that attack everything on sight.

Nine Chronicles is an idle-style RPG that simulates every battle on-chain. With all the critical hits, shining loots, and different enemy patterns, every stage will be a new challenge to overcome. Fresh regions with unique enemies, bosses, and materials will be unlocked as you move through the depths of each region.

You can craft an item or upgrade the ones you have with the help of Dvergr, the renowned cat blacksmith. You can gather crafting materials during your journey through different regions, or you could simply trade with others in the marketplace.

Once you begin crafting an item, you can check its progress in the ‘Workshop’ tab. The progress is measured not in physical time like seconds or hours, but in a number of blocks produced. When you discover more complex recipes, you will need to work together with other players to equip the latest gear.

Jade, once a thief audacious enough to steal the heavenly jewels, waits for you at the marketplace located by the town gates. Of course, now all this is but a history of the past, and she diligently watches over her shop... Through Jade, the players can buy items they need, or sell unwanted ones that others might find helpful. Since Nine Chronicles is 100% decentralized, the shop will always be full of items created by the players, not the developers.

Dungeon gets harder to clear as you progress through each region. Of course, you can keep on leveling up and crafting better gear, but you can also take a more strategic approach to clear the dungeon with less effort. You can take advantage of the elemental properties of your equipment as well the enemy’s, and boost your stats with consumables to clear dungeons you find particularly difficult. Likewise if you're having trouble defeating another player, make sure to equip proper items with debuffs and heal.

How does your build and strategy stack up? Join the battle arena to prove your worthiness among other players, and climb up your way to the higher rankings. Anyone meeting the requirement can compete in the arena and discover other players of the world. There is a fitting daily reward for the highest rankers, and with Devon’s strict and disciplined guidance, you can be sure that no cheating will occur.

The launch of Nine Chronicles mainnet is only the beginning: the world will be developed by Planetarium and the community years after the release. Currently being worked on are five additional regions, global boss events, complex recipes, and more. Join our Discord to offer suggestions or talk to our community! Our recent closed beta test was enjoyed by over 1500 players (read more).

Nine Chronicles Gold (NCG) is the main currency used in the world of Nine Chronicles. The supply is limited by design, and players can spend NCG to craft powerful items, trade with other users, challenge each other, and grow faster. It will also power the world's governance and ecosystem programs.

NCG isn't necessary in the beginning stages of exploration, but NCG's needs may gradually increase as you grow more powerful. Eventually, you can stake NCG to earn energy potions and unique items which can be used by you or sold to other users for profit. NCG is limited in supply, and can be only purchased in the sale event or mined.

Some Ways of Spending NCG

During the development of Nine Chronicles, we always planned on creating special rewards for the first backers of this world... and here they are!

Legendary-class tradeable costumes, only available during the presale phase. The warrior class is extended and customized with a new look, story, animations, and profile icon you can show off in the PvP arena. They will also have unique applied stat bonuses as well. These three legendary costumes will be created only during the presale phase, but will be tradeable in the market for years to come! We expect to create fewer than 100 costumes each. 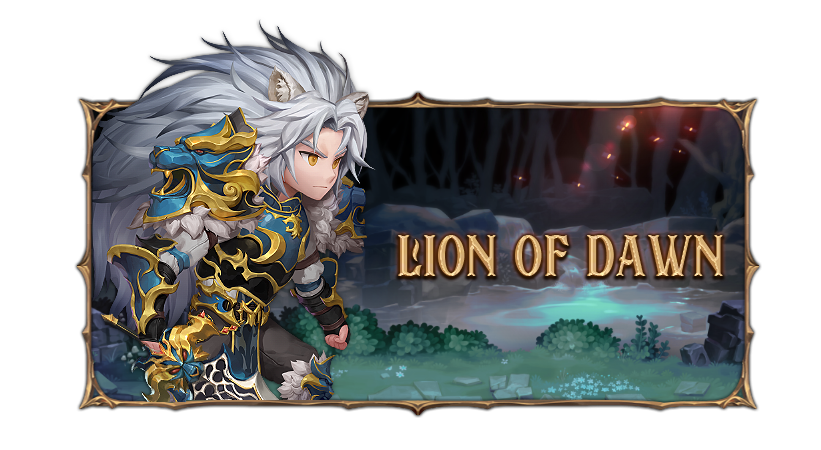 A warrior who is praised as the strongest in Midgard. No one knows his real name, but many address him as the Lion of Dawn, referring to his long silver hair. With one stroke of his customized blade, the ground and the sky will tremble. He doesn't know that Valkyrie is peeping for a chance to bring his soul to Valhalla. 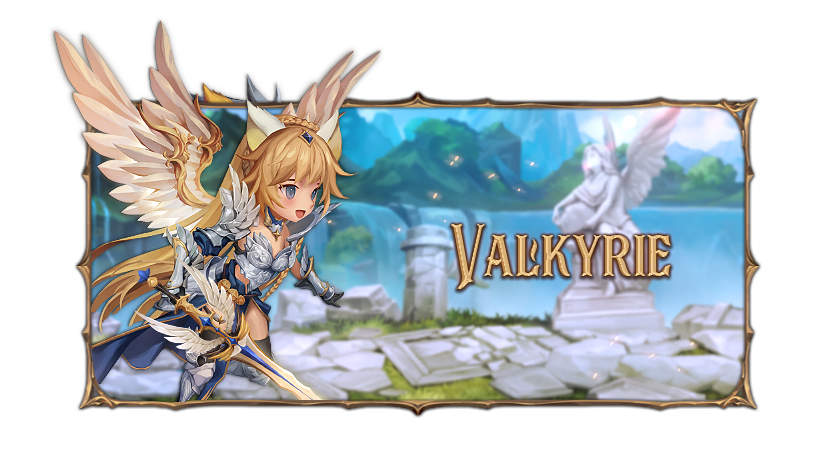 Asgard's finest warrior and protector. Comforting the souls of the battle-weary warriors, they lead them to Valhalla. They have the power to decide the lives and deaths of warriors, while punishing those who disobey Odin in cold blade. It is said that places where the sword of Valkyrie passes by is dyed black with aurora. 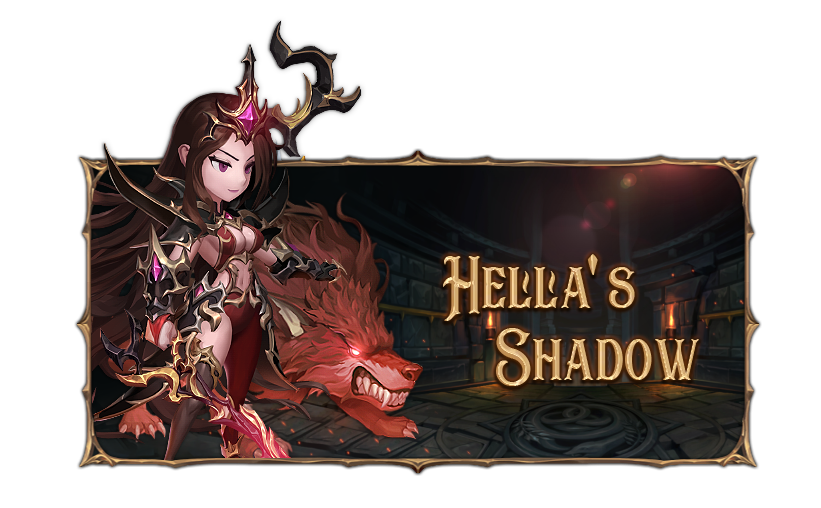 Shadow of the Goddess of Death. While passing by the Yiping River in Yotunheim, Hella's reflection in the river became a shadow soul and wnadered around the Nine Worlds. The power she wields is beyond imagination, and when aggravated, she summons her brother Fenrir to decimate everything around her.

1 of 9 exclusive mythical-class costume, created specifically for Yggdrasil Patrons. We are designing the final and most unique costume offered during the presale phase. There will be only 9 units of Black Valkyries in the world of Nine Chronicles: the first 8 Yggdrasil Patrons will receive the mythical class costume, and one will be kept by the team. Specially chosen to represent Asgard, they have gained powers beyond the legendary protectors and will have bonus attributes to punish those who dare to disobey Odin. 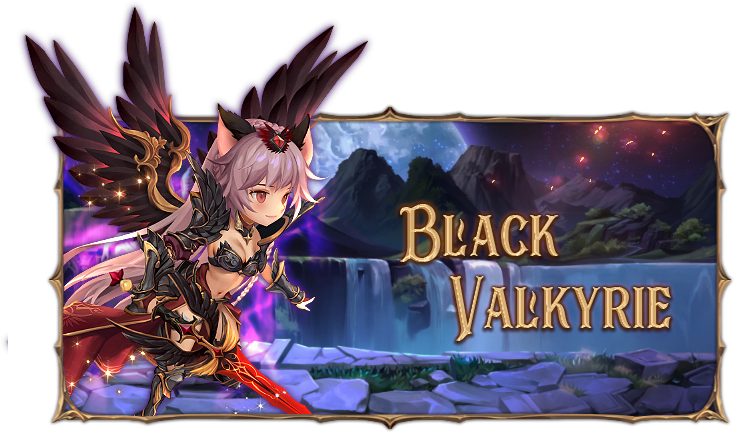 Digital platforms and online gaming is great, but there's something lacking with purely digital products. We miss the physical connection of boxes, books, and maps that adorn our walls. Our art team poured their heart into designing this beautiful new universe, and this is why we're excited to create this physical collector's package only available during the presale phase.

Inside a beautiful custom box is a 72 page art book, large fabric tapestry of the world map, a 42cm x 59cm poster, a bottle, six postcards of the main characters and two sets of restickable stickers. We're finishing up the final design touches and they will go into production soon. We'll deliver this to anywhere in the world, shipping included as our special thanks! ✈️ 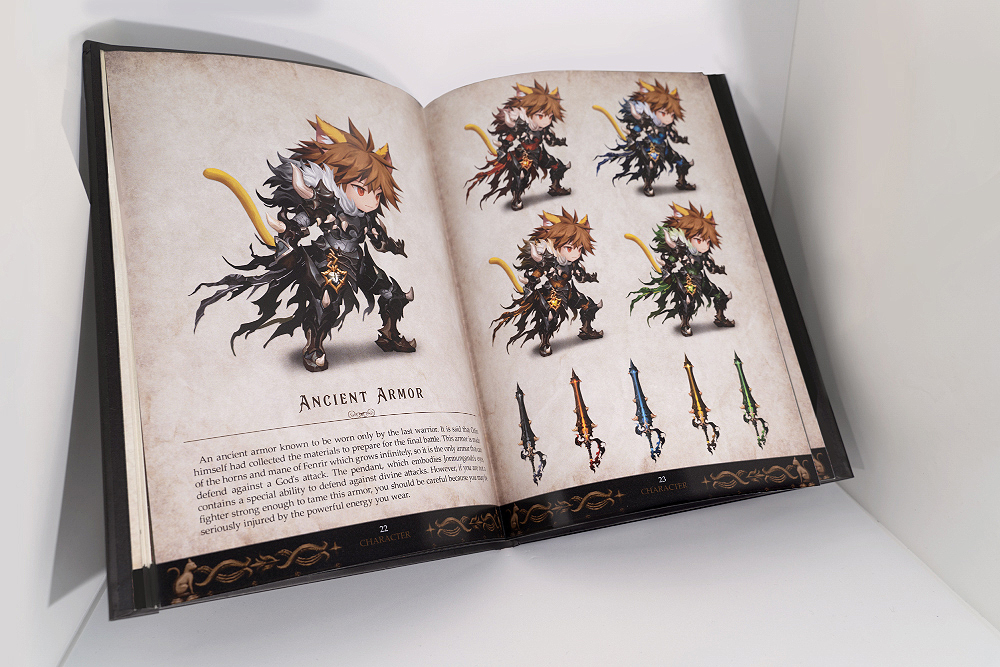 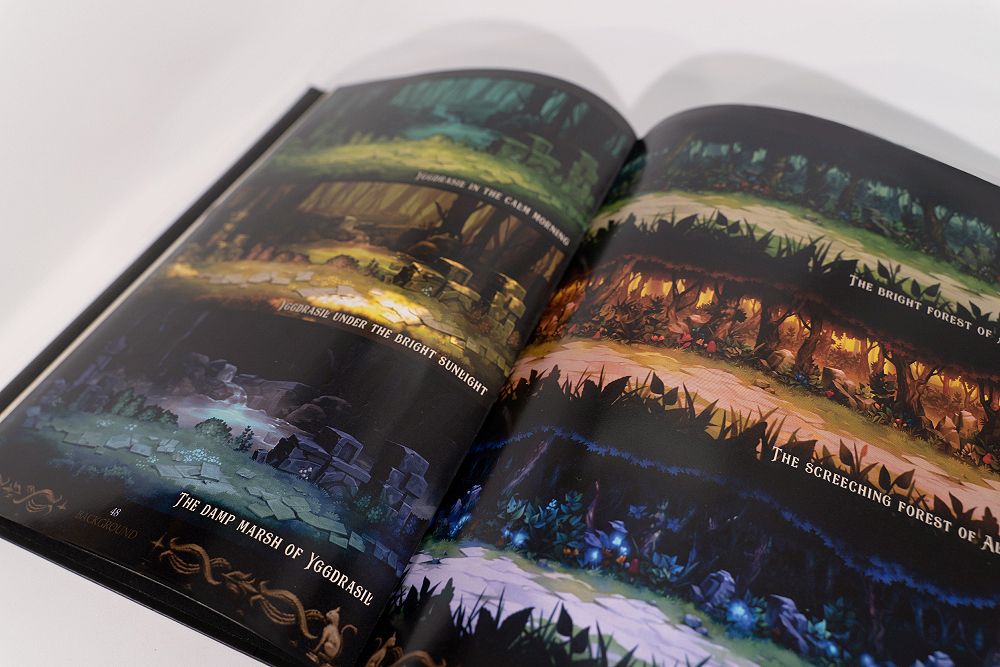 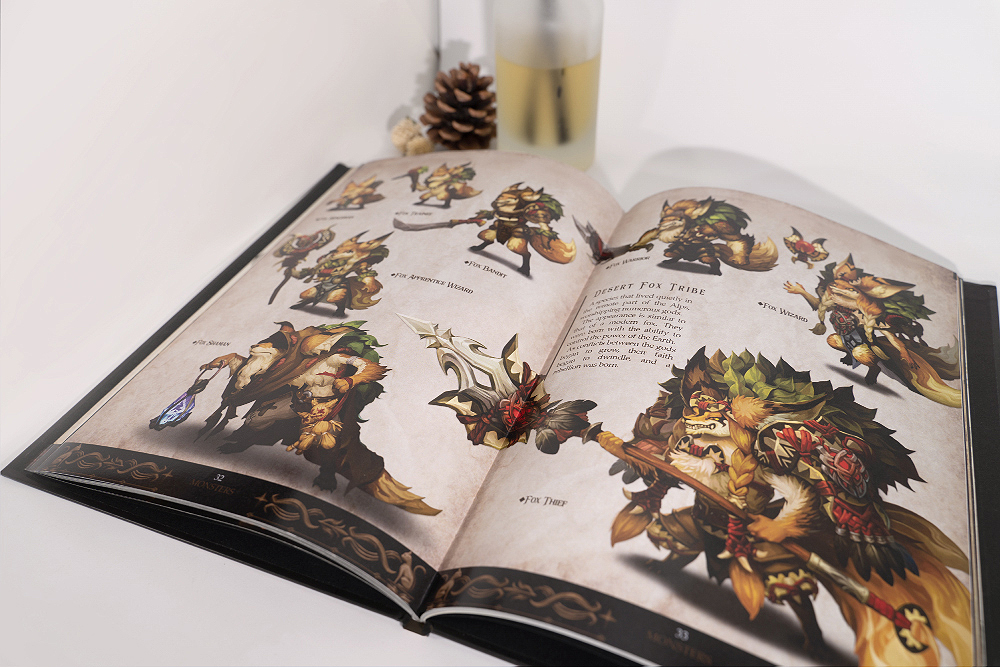 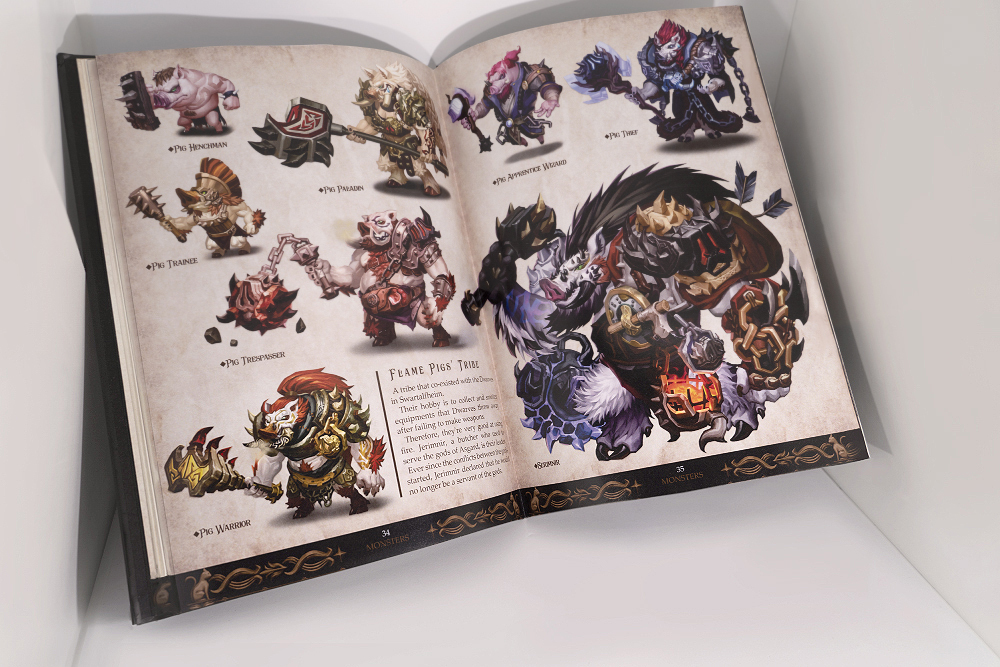 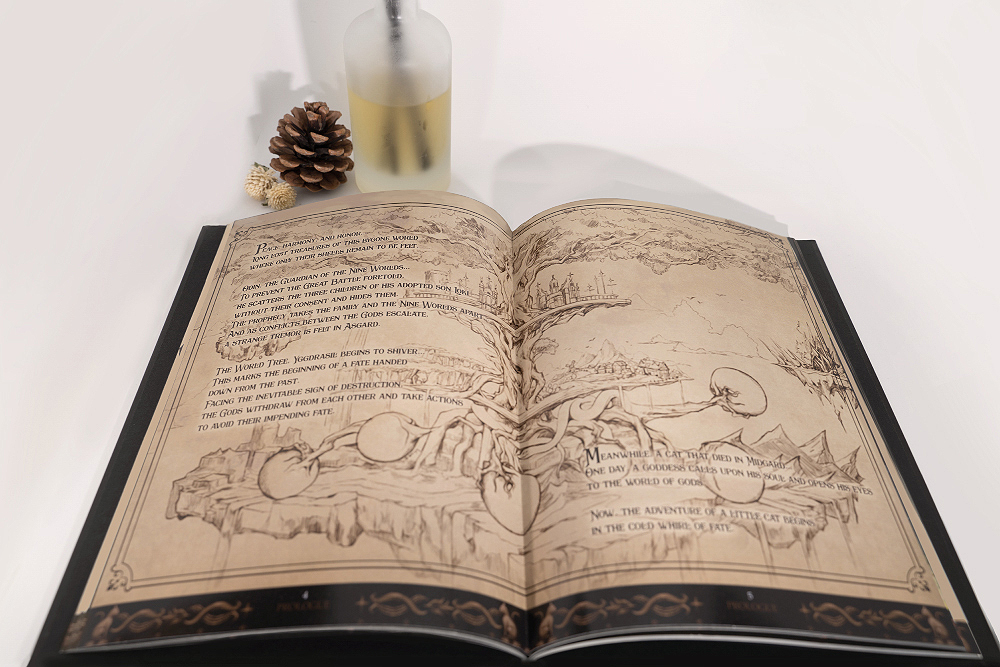 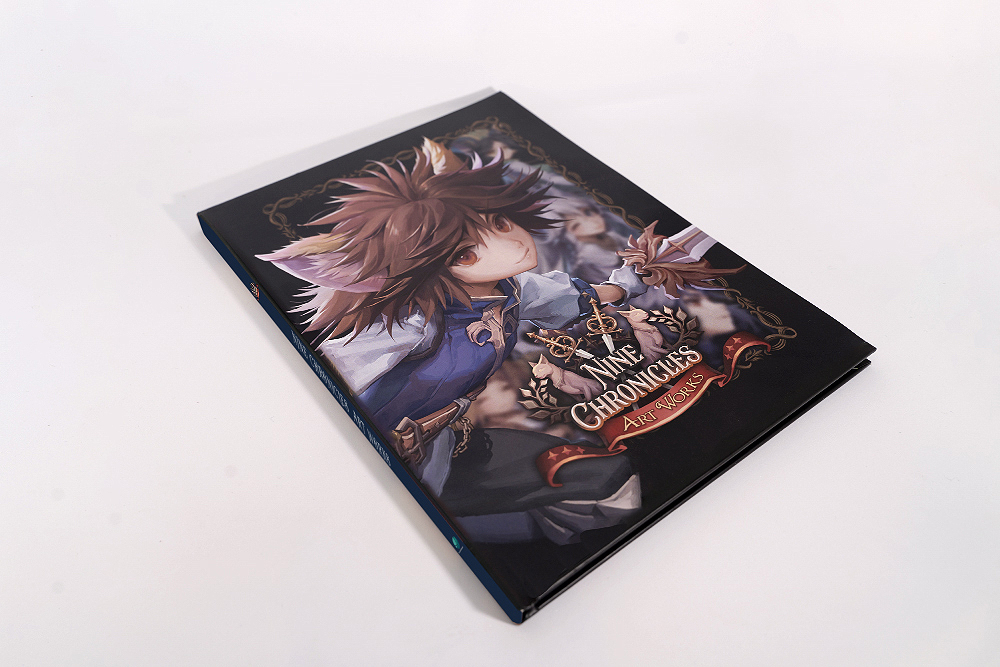 
For every presale 2 participant, we will include a food material package that contains rare spices for high-level consumables that boost your characters' stats temporarily. After you finish cooking, you can use it to tackle particularly difficult challenge, or trade them in the market for extra NCG.


To get you going, this starter kit contains limited edition necklace, belt, ring and consumables that you can use to breeze through the earlier stages. It will also include energy potions and hourglasses to give you a head start! This kit and items inside will be created only during the presale period.

Patron-level backers believe in our vision of creating a fully decentralized and open-source RPG, and have put down significant investment for the Nine Chronicles ecosystem. They are now the main contributors of the ecosystem, and will have access to our bleeding edge builds and share a private Discord channel.

As a small measure of thanks, we're going to offer exclusive in-game title which notes your contribution: these titles are tradeable, carry bonus stats, and will not be created after the presale event.

For Yggdrasil-level backers, you will be the host/sponsor of our community hackathon as well! Held during a weekend, out team and the community will jam together on many ideas and celebrate your contribution. If you'd like, you can use this opportunity to advertise your favorite project or a cause to our community.

And as noted above, Yggdrasil Patrons will also receive 1 of 9 Mythical-Class Costume: Black Valkyrie.

Bonus NCG for Everyone

Last but not least, there is bonus NCG reward for the phase 2 backers! 5% NCG will be added on top as additional thanks.

The rewards including NCG will be delivered by September 2020, when the Nine Chronicles Mainnet is scheduled to launch. Physical package will go into production as soon as the presale is completed.

Nine Chronicles is a game with an entirely new take on creating an open, transparent MMORPG powered by the community. While we’ve been working for the last two years to build out this world and a peer-to-peer blockchain engine, new technology and approaches bring risk with opportunity.

Our closed beta test in May was enjoyed by over 1500 players, and with our strong supportive community, we are confident that we can ship out Nine Chronicles with a short horizon on sight. Our team has created online games and software used by millions of users previously at companies like Dropbox, Nexon, Line, Spoqa, and we are dedicated in growing this ecosystem for years to come.

Have questions about this project? Please check out our FAQ, find us on Twitter, join our Discord, or email us!